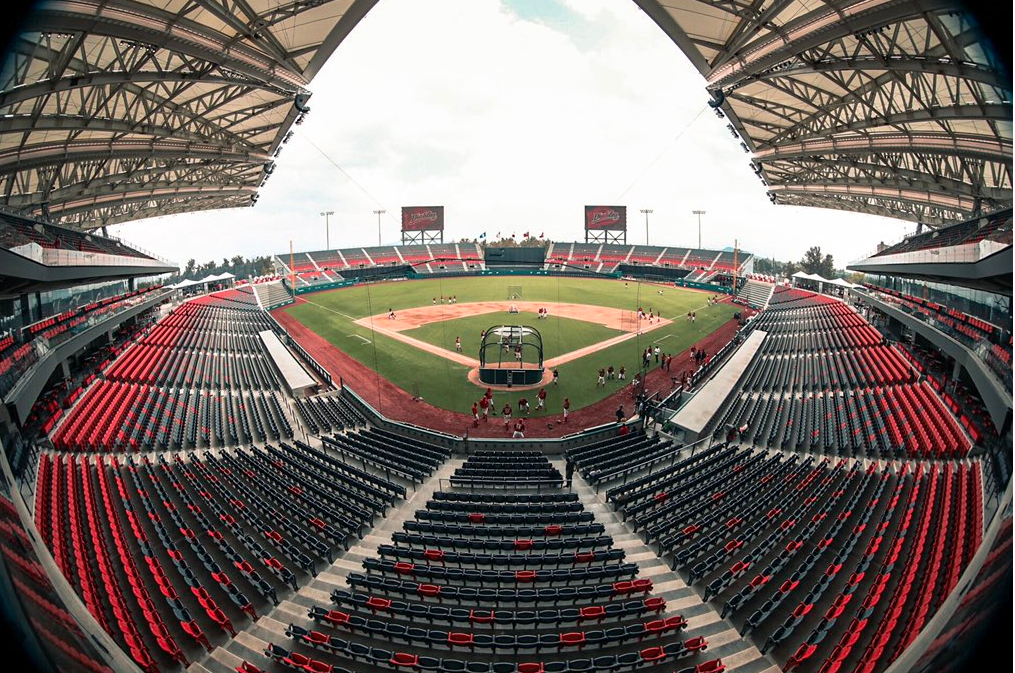 The new DIABLOS ROJOS house, successful baseball team with the largest number of wins in the regional league. It has an interesting trident design in honour of his team, connecting directly with the city of Mexico.

Located in the city centre of Magdalena Mixihuca, the re-design of that project was started last September, where we have been working during these months with our FRESH, ES 100, ARGENTINA and ROMA COMFORT seats. More than 20.000 seats placed directly from EURO SEATING to the sportive city of Magdalena Mixi huca.

More than 20.000 seats manufactured in our centres in Ezcaray.

Mr Alfredo Harp thanks to all people who have taken part in the structure of the stadium that bears his name.